News broke on Monday that Lovecraft Country star Jonathan Majors has been tapped to play Kang the Conqueror in Ant-Man 3. While Marvel has yet to officially confirm Majors’ character, speculation that the popular comic baddie would be the next big Marvel Cinematic Universe supervillain has been bubbling since even before the release of Avengers: Endgame. Now that it seems likely the time-traveling antagonist will appear in Peyton Reed’s third Ant-Man film, it’s boiled over.

Majors’ casting sent the Internet instantly abuzz with the idea that Kang would be stepping in to fill the Thanos-sized hole in the MCU’s Phase 4. Although it’s entirely plausible this will be the case, the fan-theories might be overshooting Kang’s value. Instead of being the next Thanos, he may end up being the next Loki, setting the stage for the principal foe behind the next 10 years of the MCU.

To begin with, consider Thanos was an overtly powerful purple threat in indigo armor from beyond space challenging Earth’s Mightiest Heroes. Replacing him with an overtly powerful indigo threat in purple armor from beyond time would — crazy as it sounds — be pretty redundant. Plus, the DC Extended Universe is already making plays to become the leading multiverse franchise with its reality-hopping Flash movie. After spending over a decade building a massive lead on the Distinguished Competition’s storytelling, it would behoove Marvel to continue setting itself apart rather than contend with another inter-dimensional blockbuster series.

But that’s what using Kang as the next Thanos would do. Created by Marvel legends Stan Lee and Jack Kirby in 1963, Kang is one of comics’ most perennial and complicated villains. A 31st century time traveler from an alternate Earth who’s bored with the veritable utopia of his home, he stumbles upon time travel technology and decides to become an inter-temporal overlord. He first heads to ancient Egypt to try being Pharaoh for awhile, turning himself into the brutal dictator Rama-Tut. However, that’s just one of a handful of personas he uses over millennia of hopping timelines and realities. Eventually, he accidentally winds up in a war-torn 40th century, where he realizes he can weaponize his time travel talents to rule over everything as Kang the Conqueror.

The fact that Ant-Man and The Wasp and, subsequently, Endgame introduced time travel and the multiverse to the MCU sets Kang up as a perfect primary antagonist for Marvel’s heroes. There’s even rumors he’ll debut before Ant-Man 3 (Ant-Man and the Wasp 2?) in the forthcoming Loki series on Disney+, which makes sense considering the time travel aspects of that show. Still, despite some tried-and-true formulas, Marvel likes to keep audiences on their toes. Perhaps, then, Kang could fill the Loki role instead, acting as a key bad guy through Phase 4 only to give way to a bigger bad in Phase 5 and beyond.

Like Loki and his scepter, someone has to be there to present Kang with the tools to set all these events in motion. Someone had to leave that time travel tech lying around. In the comics, Kang even designs his armor after this imposing shadow figure.

That character is one of comics’ all-time greatest villains, the ruler of Latveria: Doctor Doom.

Kang’s connection to Doom is deep — like, blood deep. Whereas Kang is largely an Avengers adversary, Doom is the archenemy of the Fantastic Four. Yet Kang is inextricably tied to the FF, as well. His real name is Nathaniel Richards, the distant descendant of the Fantastic Four’s leader, Reed “Mr. Fantastic” Richards. It’s actually a time-displaced Fantastic Four (Mr. Fantastic along with Invisible Woman, The Thing, and the Human Torch) that boot Kang out of ancient Egypt back when he’s still Rama-Tut-ing around. 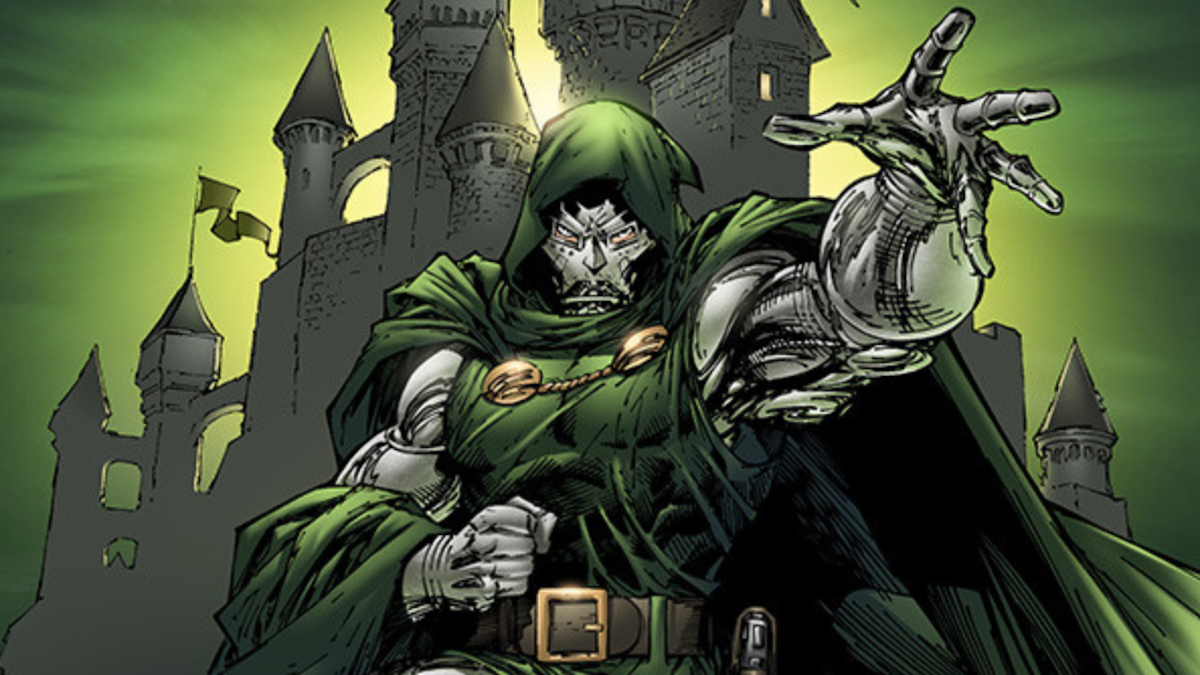 Marvel recently reacquired the FF in its takeover of Fox, and studio head Kevin Feige teased their imminent future in the MCU at last year’s San Diego Comic-Con. Marvel could put extra focus on the team in Phase 4 and beyond, especially after the Avengers storyline came to such a satisfying conclusion in Endgame. It would simultaneously allow them to center their next stretch of stories around a different group of heroes and a very different kind of supervillain.

Kang and Thanos are God-level characters; Doom only wishes he was a God. Think Tony Stark if his ego ran truly rampant. The monarch of his own country, he uses his unparalleled wealth, intellect, and even magic (hi, Doctor Strange) to turn himself into a would-be global dictator. Although his goals aren’t as far-reaching as Thanos’ or Kang’s (at least not at first), the danger he poses to Earth makes him as much of a threat to Marvel’s superheroes.

So Kang could easily open the door for Doctor Doom to take over as the next Thanos, but he could also lay far vaster groundwork for the rest of the MCU. One of his many alternate reality personas is a character called Iron Lad, a teenaged Richards who travels to the prime present in hopes of forming a team to stop his future self. That team is the Young Avengers, and the first hints of the superhero heirs have already popped up across the MCU.

When Ant-Man returns from the Quantum Realm after the Blip, he discovers his daughter, Cassie, is now a teen. In the comics, Cassie eventually becomes Stature (and, uh, Ant-Girl, Stinger, and a handful of other aliases). Then there’s Kate Bishop, aka Haweye, whom Hailee Steinfeld is set to portray alongside Jeremy Renner in Disney+’s Hawkeye limited series. Other Young Avengers include Wiccan, the “son” of Scarlett Witch and Vision (it’s super complicated… but keep an eye on WandaVision); Patriot, the grandson of a Black US solider with ties to Captain America’s Super Soldier Serum; and Hulking, a Kree-Skrull hybrid. 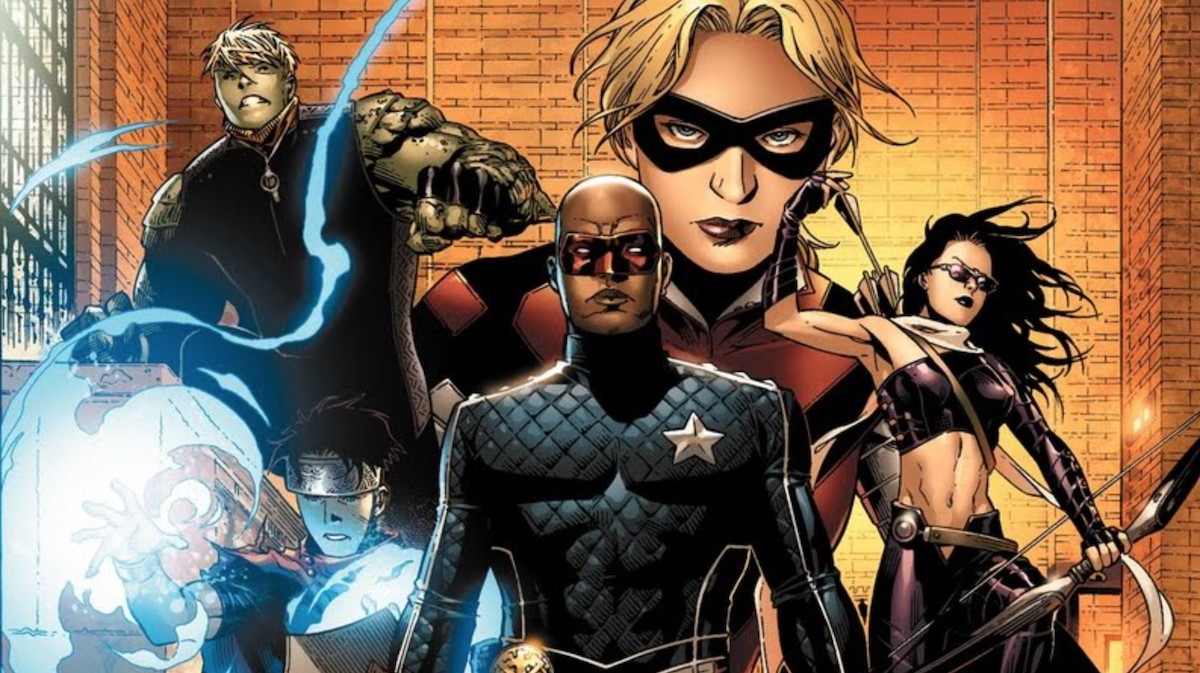 Amazingly, there’s yet another super-team with a Kang connection, and wouldn’t you know it, Marvel just got them in the Fox acquisition, too. When he’s ruling Egypt as Pharoah, Kang attempts to adopt a boy known as En Sabah Nur as his heir. He chooses En Sabah Nur because he knows who he truly is: the world’s very first mutant, destined to become one of the powerful beings on Earth and the X-Men’s most fearsome enemy, Apocalypse. One of the most dangerous characters in Marvel history, he could be a Thanos-level character in his own right — and he has ties to the Eternals, making their debut in their own MCU film in 2021. (A somewhat lazy version of the Apocalypse was played by Oscar Isaac in the 2016 flop X-Men: Apocalypse.)

The Fantastic Four, Doctor Doom, the Young Avengers, the X-Men, the Eternals: Kang is just a step onto a Time Platform away from all of them. While he could become the Marvel Cinematic Universe’s new Thanos, that sort of interconnectivity has even greater potential to make him a mega-Loki. As he terrorizes Phase 4 of the MCU, he could be setting up a massive expansion for years of films to come.