This review is part of our coverage of the 2020 Toronto International Film Festival.

The Pitch: In Viggo Mortensen’s directorial debut, gay Air Force pilot John (Mortensen) struggles to care for his ailing conservative father, Willis (Lance Henriksen). Malcontent and never afraid to shy away from a racist, homophobic or sexist rant, Willis offends everyone from John’s husband Eric (Terry Chen) to his daughter Sarah (Laura Linney), all while he slips in and out of flashbacks, including his two marriages to wives Gwen (Hannah Gross) and Jill (Bracken Burns).

Grumpy Old Man: Early in Falling, as the relationship between John and Willis is being established, it’s clear that Henriksen is exceptional in the role. Willis is the kind of curmudgeonly character whose edges are too often softened in Hollywood dramas and the elder genre vet clearly relishes the opportunity to take on the role of despicable old crank.

Everyone and everything is fair game to Willis, whose mean streak extends into flashbacks from the children’s life on the farm. It’s immediately evident that Willis (Sverrir Gudnason) raised his children and treated his wife in very specific, hyper-masculine ways: boys wake up early and go hunting; women prepare the food and clean up the dirt tracked in from outdoors.

In one memorable moment, Willis’ first wife Gwen asks him to put out his cigarette and help her cut John’s 10th birthday cake and he spews a litany of expletives at her – and their living room full of guests – before stomping out. These scenes clarify that Willis’ disease isn’t to blame for his abrasive behavior. He’s always been this way…it’s just that now he’s dying.

Old & Tired: The main argument against Falling is that its central character is an unlikeable dinosaur whose dementia ensures he will never change. Willis isn’t just frustrating for his family, he’s also a chore for the audience watching the film. What begins as an intriguing character study and a strong role for Henriksen quickly becomes shrill and one-note because Willis can’t evolve. There’s nothing here except Willis’ incessant hate-fuelled rants, which quickly become repetitive and increasingly more frustrating to watch.

Willis is clearly an ill-man and the moments where he forgets what he has already asked — or demanded – is a telling portrait of an elderly man losing his faculties. The issue is that Falling never expands to elaborate why its audience should care, or even to elaborate why John is making the effort. Mortensen’s script simply repeats the same abusive interactions, defined by John’s refusal to take the bait while the supporting characters get angry, sullen or crack jokes to break the tension.

But repeating the same scene in different settings with rotating supporting characters for two-hours merits some kind of emotional payoff or catharsis and Falling never delivers on that front. 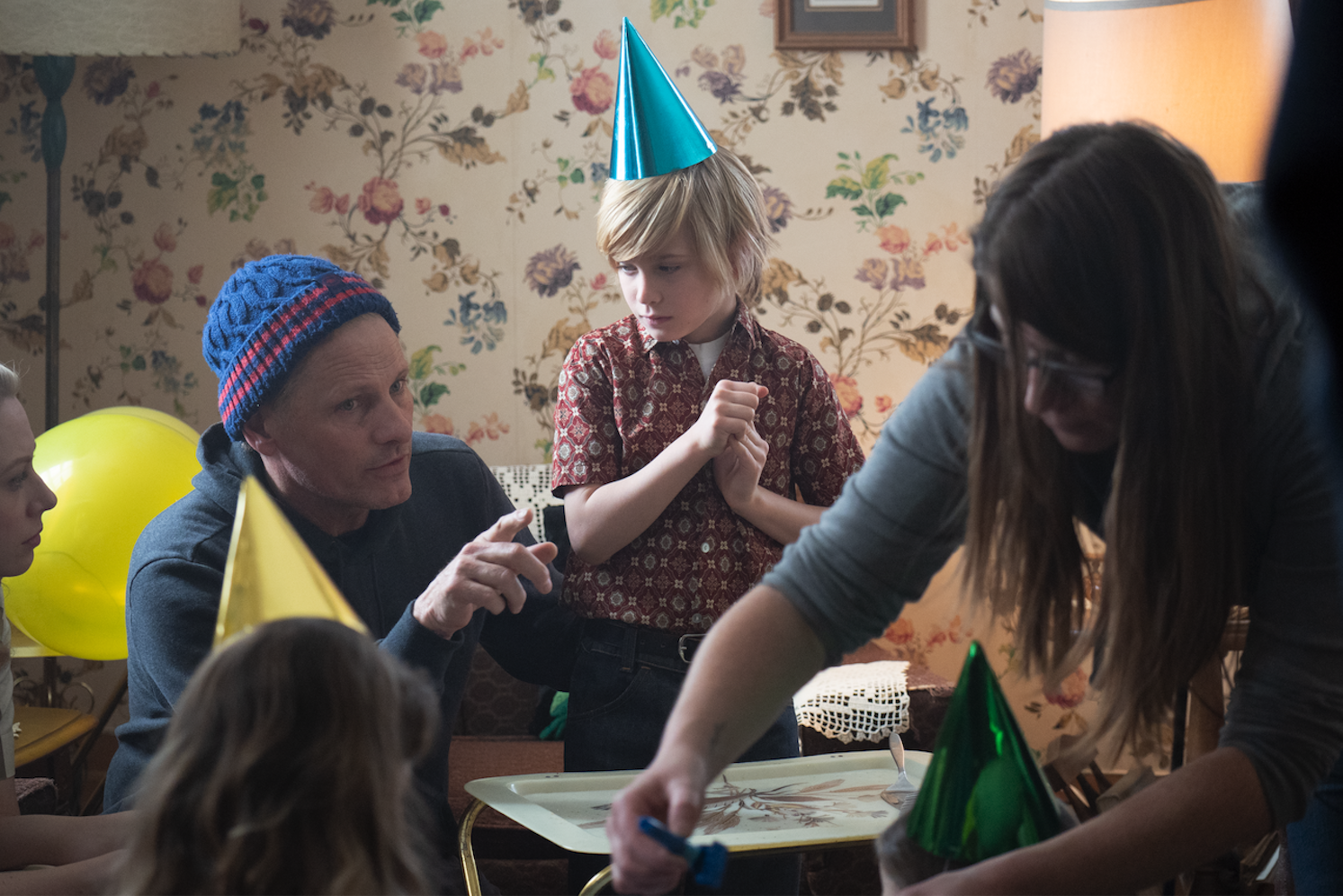 Back To Nature: Thankfully Falling is shot and edited exceptionally well. This is particularly evident in the idyllic way that nature is visually represented, particularly Willis’ flashbacks to life on the farm. Close-ups of wheat, running water, and wide-open spaces capture the nostalgic, idealistic yearning for “simpler times”. This provides a nice juxtaposition to Willis’ perceived (and ill-informed) notions about life in the city, and more specifically his son and daughter’s liberal California lifestyle.

In one scene at a family brunch in John’s backyard, Sarah comments on John’s landscaping work, reflecting on its transition to something beautiful from the original barren lot. Intriguingly, Mortensen’s camera never reveals more than the table where everyone sits, resolutely refusing to confirm Sarah’s claim. The only true nature shot in present-day occurs when Willis sneaks away from another lunch to visit the beach, where he wades into the waist high water, caught somewhere between dementia and euphoria.

What’s ironic, then, is when the action relocates to Willis’ beloved farm for the last act those warm, welcoming flashback memories are contrasted by the cold present day reality. The farm isn’t vibrant and nostalgic; it has a water-stained roof and unwelcoming animal pens. The disconnect between memory and reality is just another example of how Willis has become unmoored from the world around him, in addition to foreshadowing his impending death.

The Verdict: Despite great direction by Mortensen, who also delivers a strong performance alongside Henriksen and (briefly) Linney, Falling is a repetitive and exhausting exercise that never gets around to unpacking why the audience should care about its ailing patriarch character. It’s too long and too one note for too little pay-off.

Where’s It Playing? Falling tumbles into theaters on December 4th.